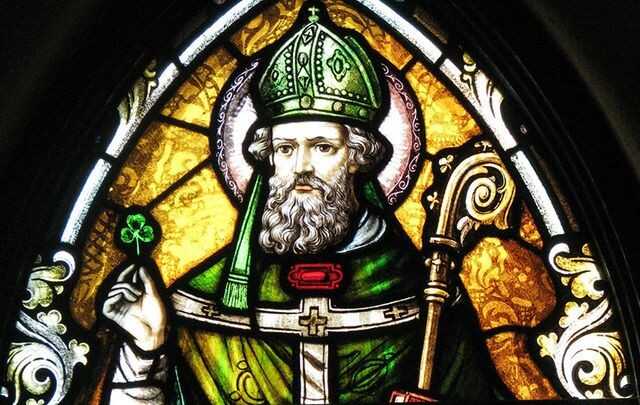 Recently I was on an Aer LIngus flight and was rummaging through the publications in the seat pocket. There was a document on the proposed rebranding the airline's planes and the introduction ran as follows – The re-imagining of the Aer Lingus brand reflects Ireland in 2019. A society that is open, progressive, liberal, outward-looking and dynamic, an Ireland that is proudly European and has become the destination of choice for inward investment

Now I know that advertising has to be written in the strange vacuous language called Gobbledygook – but, as we approached St Patrick's Day, I was intrigued by two things. One is what this ad suggests modern Ireland stands for – essentially that we are now the same as everybody else and that must be a virtue. And the other is what the leadership of the new ideology wants to notice - and doesn't notice.

All of this brings me to St Patrick. He was a concrete historical figure who responded to the situation of his time. And what he did was twofold. Firstly, the famous incident of daring to light his bonfire on the Hill of Tara suggests that he had noted a darkness that was used to hold the populace in thrall. And secondly, he was deliberately and daringly prepared to challenge those in leadership. That did not make him popular in Ireland and even with some of his fellow countrymen back home who criticised his prophetic voice and pastoral zeal.

So what might Patrick comment on in modern Ireland in the interests of bringing light into the corners where others would rather not look?

Firstly, political leaders can speak of Ireland as open, progressive, liberal, outward-looking and dynamic – and much has changed for the better since the days of dungeon, fire and sword, of famine and economic degradation. It would be churlish not to be grateful for huge progress across the island. But it would be culpably blind of the establishment to overlook that we also have a country increasingly suffering from mental illness, addiction to anti-depressants and pornography, widespread homelessness, suicide, random violence, fragmented relationships and frightened young people where, in Britain, almost a quarter of 14 year old girls self harm[1] . We may boast of being outward looking – but maturity means asking the awkward questions rather than just being blindly self-congratulatory.

There is the blindness that proclaims all the perceived changes for the better that benefit some – and never pauses to ask whether those changes might be somehow linked to the awful price others are paying. Those who claim to celebrate St Patrick are invited today to how we create an Ireland worthy of our young people and not just how we please the High Priests of turbo-capitalism. Thus, some people are justifiably proud of parts of our education system. But it all depends on whether we measure our educational success by the numbers who graduate from the top universities – or by the numbers of young people who have been failed by adult society that they don't actually reach 21.

St Patrick asked his contemporaries to see where there was darkness over the whole country. He would ask those who know he was a significant historical figure not to remember our national patron with cultural candyfloss but look seriously at his prophetic, critical voice in the 5th century. To treat Patrick as merely a silly cultural icon and marketing tool is an insult to a courageous man, not an honouring of his memory.

Secondly, Patrick came from abroad not to colonise Ireland but to enrich it. Indeed, within a century of his death, Ireland had developed a rich culture of study, art and confidence. Ireland quickly became a place where its new-found faith was not a defensive, self-centred quality but one that drove idealistic young people to become heroes in their own time. The Irish went out in droves to bring the confident healing message - that they had discovered – to a European continent which was fragmenting after the collapse of the Roman Empire. And their reputation for determination, self-discipline and human flourishing spread throughout much of Central and Western Europe. Indeed, today much of the developing world looks with gratitude to Ireland, not because we brought them Irish pubs but because we sent generous hearts who believed in the power of education, community and self-sacrifice

Patrick would ask us today, not whether we are trying to catch up with role models others set for us as paragons of virtue, but what we are bringing to the table. If we have no idea what we stand for, if we have nothing rich to offer, if we have nothing that we really value other than aping others, then it matters not whether we have Brexit or a united Ireland. If all we can dream of is being another appendage to a creaking marketplace, then we have nothing that will inspire the young people whom we are currently failing. If all we offer is success in a bull market and a holiday in Magaluf, if our towns can only dream of being divided between 'the haves and the have-yachts', then we have nothing to nourish the hungry idealism of so many of our wonderful young people. The message 'to eat, drink and be merry for tomorrow you die' does not inspire. It nourishes only silent despair.

On St Patrick's Day, we are invited to engage with the liberating message about Jesus that Patrick brought. The gatekeepers of our deadly new culture would prefer that we didn't not have any other standard for morality that 'I choose'. That is not an emancipatory standard.It is a fragmenting, market-driven message which simply suggests that I am the centre of own lonely little world where nothing has real meaning. The market may require that. Human flourishing does not.

The exclusive, consumerist emphasis on individual rights can merely become an assertion of the power of the powerful, whatever the cost may be to the weak. It is an assertion of the individual, forgetting that there can also be what is good for the community. A warm Ireland will not be created by those cold hearts that have no vision for the future and who mouth vacuous sentiments about Ireland being open, progressive, liberal, outward-looking and dynamic. Too many of our citizens do not see it that way.

So the role of the Church on St Patrick's Day is see where his prophetic voice is calling us. It is an invitation both to challenge the blindness of the new elite and to avoid the risk of believing angrily that the glory days are behind us. We are called to be hope-bearing disciples of Jesus in the circumstances of today. That means learning from Patrick about building a church that is fit for mission – bringing the awkward values of the Gospel that comfort the afflicted and afflict the comfortable. Jesus and Patrick were concerned, not about their own status but about the welfare of the oppressed.His followers today can do no less.

In his name, can we be and bring good news, not just to this island but to the ends of the earth? Can we share our standards with the world and not just meekly absorb theirs because we are told we have nothing to offer?