Bishop of Derry, Most Rev Dr Donal McKeown, and the former Bishop of Derry and Raphoe, Rt Rev Ken Good, are among more than 30 people recognised in this year's Lambeth Awards which were announced this morning by the Archbishop of Canterbury. The awards acknowledge "outstanding contributions to the Church and wider society". In total, 32 awards were announced to people from fields including evangelism, the Religious life, safeguarding, ecumenism, theology and interfaith relations. 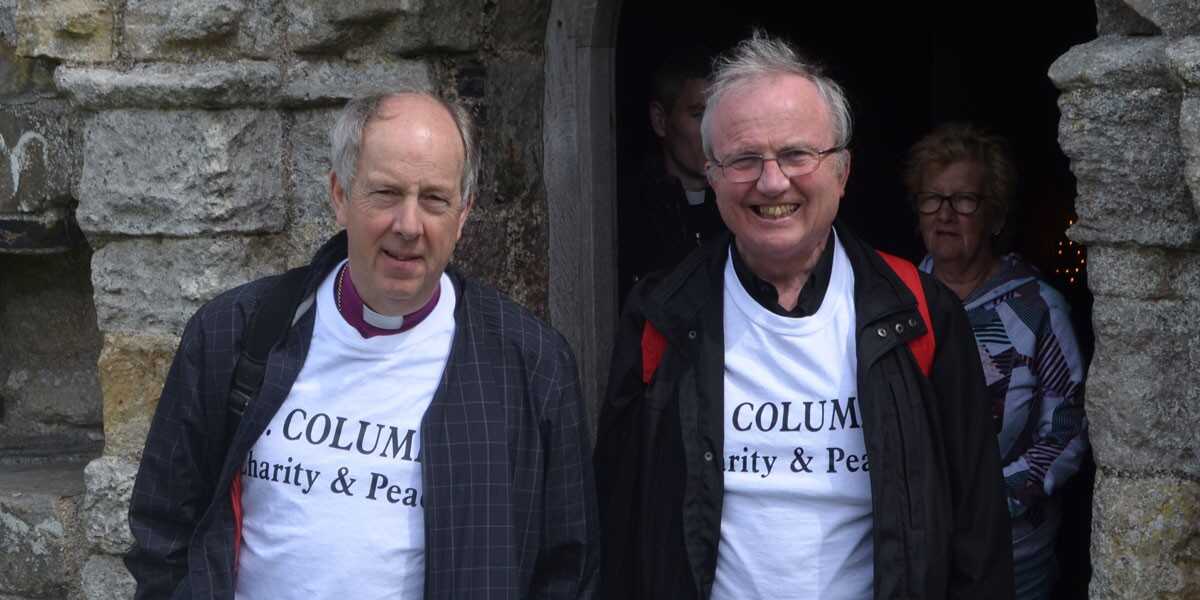 Bishop Good and Bishop McKeown have each been given a Langton Award for Community Service. The citation accompanying Bishop Good's said it was "for giving strategic leadership to the local church to engage fully with the community, throughout his ordained ministry, most of which was in the complex community of Northern Ireland." Bishop McKeown's citation said his award was "for his exceptional and sustained dedication to the cause of peace and social cohesion in an environment of traditional interdenominational tension."

The other recipients, this year, include people from New Zealand, Kenya, the USA and the UK. The awards are usually presented at a ceremony at Lambeth Palace, but this year's ceremony has had to be cancelled because of Covid-19.

Archbishop Welby said: "This is the fifth year of the Lambeth Awards, and I am constantly impressed and humbled by the work that recipients have accomplished, sometimes in the most challenging circumstances. Not all are followers of Jesus Christ, but all contribute through their faith to the mutual respect and maintenance of human dignity which are so vital to spiritual and social health."

Bishop Good said: "I am humbled and grateful to the Archbishop of Canterbury for honouring me with a Lambeth Award for Community Service, and doubly blessed to receive this honour alongside my friend in Christ, Bishop Donal McKeown. This simultaneous recognition of the work of two bishops is a source of great encouragement.

"The pursuit of peace is a noble endeavour, but the journey is frequently challenging and can feel lonely. I'm thankful for having had Bishop Donal as a trusted companion in what became for us a joint quest.

"+Donal and I do what we do because of a sense of calling. Jesus told his disciples to love one another, and that is a command we have sought to live up to and to share as best we can, whatever the cost. In this, we have been privileged to follow in the footsteps of inspirational predecessors.

"I hope that the Archbishop's generous gesture towards us will inspire peacemakers elsewhere in God's Kingdom.

Bishop McKeown said the Lambeth Awards would serve as an encouragement to Church and wider civic society.

"It is a privilege to receive this Award along with Bishop Ken," Bishop McKeown said. "He laboured long and faithfully in this corner of the Lord's vineyard. Anything I have done in my few years here was built on the foundations that others had laid before my arrival.

"As the disciples on the road to Emmaus discovered, the Truth can be encountered by those who walk together. +Ken and I sought to walk together as a symbol of the pilgrim Church, making space for Christ to make our hearts burn within us.

"Community is built by good relationships – and by emphasising our long, shared history rather than our more recent divided past. Along with the other main Churches in the area, we tried to look at the common heritage of St Columba. That enabled us all to look together at some of the recent contentious centenaries so that our young people could face the future with hope rather than fear.

"It was wonderful to welcome Archbishop Welby to Derry in February 2018. I trust that this Award will be an encouragement to both Church and wider civic society. And I look forward to building on the existing links with Canterbury long into the future." 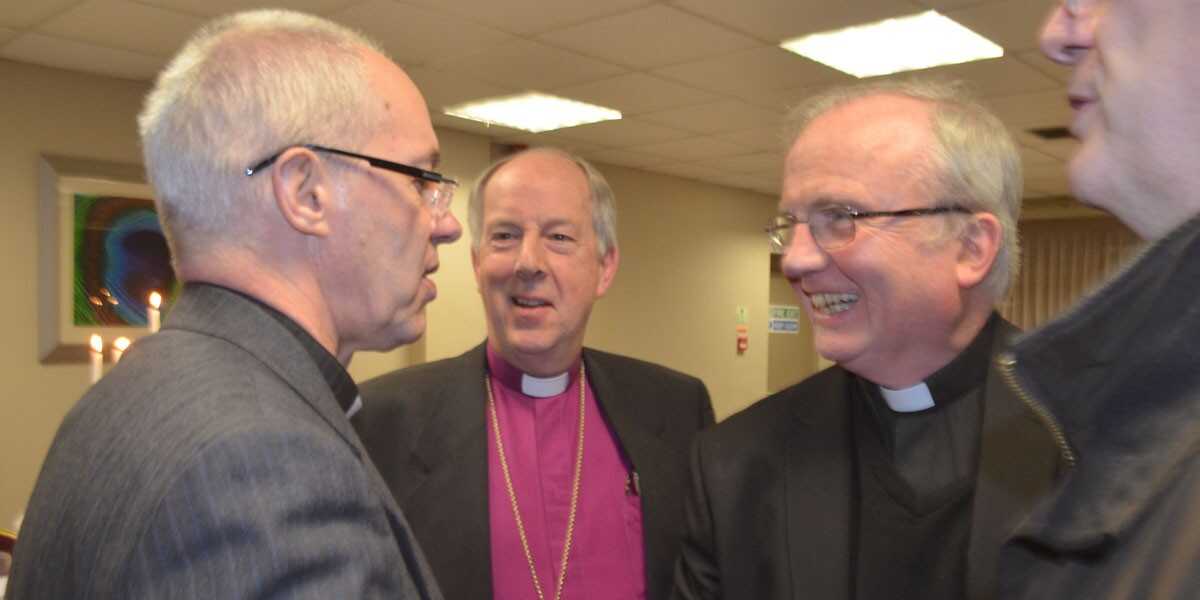 Archbishop of Canterbury, Justin Welby meets Bishop McKeown and Bishop Good during a visit to Derry~Londonderry in 2018

For his exceptional and sustained dedication to the cause of peace and social cohesion in an environment of traditional interdenominational tension.

Donal McKeown was ordained to the priesthood in 1977. He has wide experience of second-level education in Northern Ireland, having been a teacher from 1978 until he became president at St Malachy's College in Belfast in 1995. In 2001 he was appointed Auxiliary Bishop of the Diocese of Down and Conor.

On his appointment by Pope Francis as Bishop of Derry in 2014, he developed a close friendship with the Anglican Bishop of Derry and Raphoe Kenneth Good, and together they made a conscious commitment to work together publicly as often as possible. In the City of Derry in the County of Londonderry, the shared witness of successive bishops has remained a focus of reconciliation, not only during the troubles but in the more recent violence which witnessed the tragic murder of the journalist Lyra McKee.

During 2017 their shared Christian witness and common Columban heritage was celebrated in a series of joint pilgrimages. Their walking together from St Columba's birthplace in Gartan to Derry, and travelling to the Saint's resting place in Iona, as well as other joint walks across their dioceses, raised awareness of their shared Columban vocation to "Preserve with each other sincere charity and peace".

Bishop Donal has made an exceptional contribution to social cohesion in and around Derry and has been an unstinting example of the Gospel values of charity and love of one's neighbour. 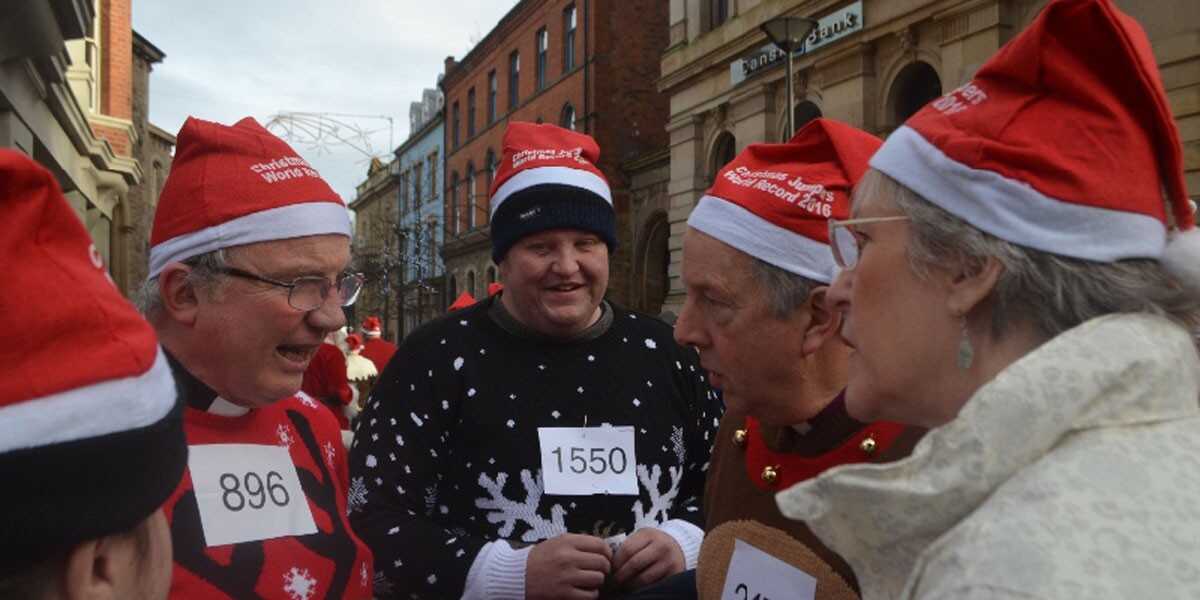 For giving strategic leadership to the local church to engage fully with the community, throughout his ordained ministry, most of which was in the complex community of Northern Ireland.

Bishop Ken Good believes the local church is the hope of the world. As Rector of Shankill Parish, Lurgan (Diocese of Down and Dromore), he provided leadership to encourage this hope through local parish community engagement. Bishop Ken worked with staff and volunteers to develop the Jethro Centre, which has sought to improve wellbeing and nurture faith right across the community in the Lurgan area. The centre uses a team ministry approach in areas such as peace and reconciliation, children's ministry, family ministry, youth and seniors. In particular, Bishop Ken gave leadership 'on the ground', in Lurgan, during the volatile, early years of the Garvaghy Road disturbances.

+Ken served as Bishop of Derry and Raphoe from 2002 to 2019. The role gave him the scope to develop community engagement and promote reconciliation on a wider stage. His dioceses in the Northwest of Ireland encompassed the two political jurisdictions of Northern Ireland and the Republic of Ireland. The City of Londonderry/Derry has played a significant role in the history and development of the conflict in Ireland, so engagement with civic society touched upon issues that stemmed directly from 'the Troubles'. This included peacebuilding in a fractured society in ecumenical partnership with his sisters and brothers in Christ.

Diocesan initiatives – most notably the diocesan vision, 'Transforming Community, Radiating Christ' – challenged teams at every level of parish life to become more visibly and more actively involved in community outreach. Notable examples of +Ken's personal leadership included organising a meeting between Protestant church leaders and families in the Bogside following publication of the Bloody Sunday Inquiry report, and a series of 'Walks of Witness' with his Roman Catholic counterpart, Bishop Donal McKeown – which took them on pilgrimages to St Columba's birthplace in Donegal, to the saint's monastery in Iona and to Rome. 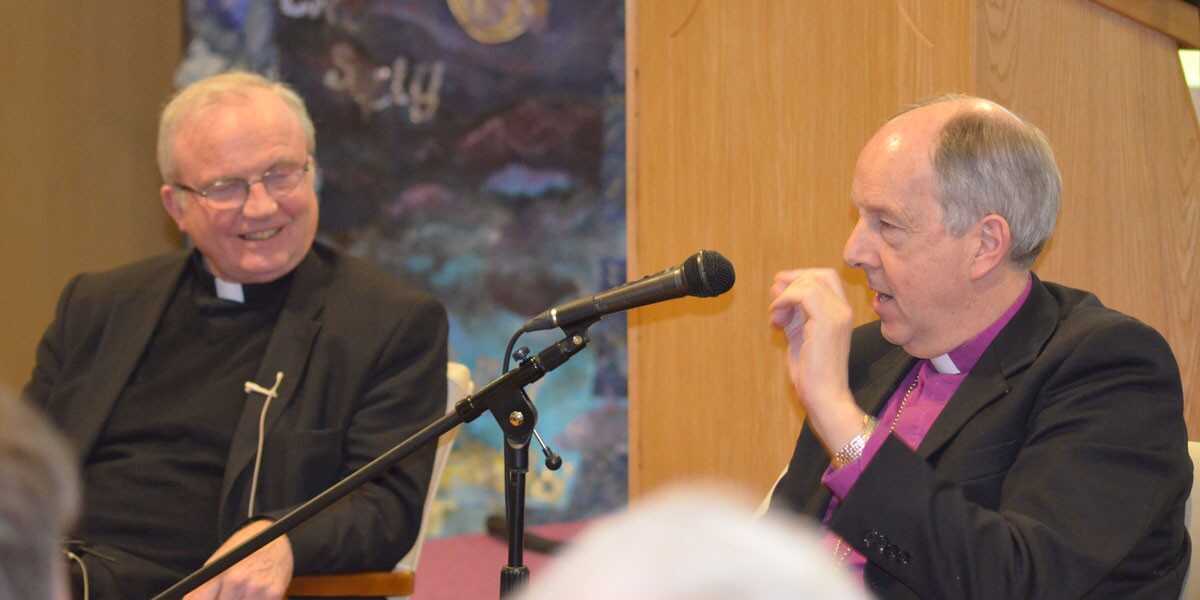