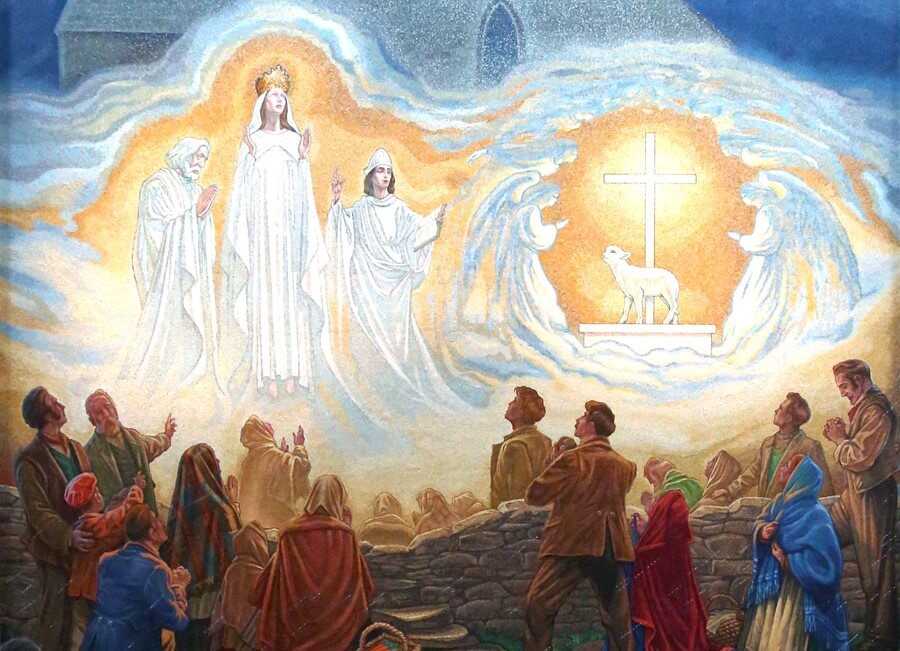 Two weeks ago I was visiting my sister's house for a birthday party. And in a lull in the conversation a niece asked me 'Uncle D, what are you doing tomorrow?' I promptly replied that I was having dinner with the Dalai Lama! After a period of silence, the niece asked again, 'So what is the punch line?' I assured her that there wasn't one, as I – along with many others – was to meet the leader of Tibetan Buddhism the following day.

During the address by the Dalai Lama, he used one interesting phrase which gave me some food for thought. He noted how much emphasis we place on hygiene – hair, dishes, teeth, animals, homes and clothes. But, he suggested, we pay much less attention to the serious issue of what he called 'emotional hygiene'. In what one author has called the 'age of anger' there is a need for a lot of emotional hygiene, if broken hearts are to be bound up and comfort given to those who mourn.

There is much distress in our society. I read recently about a report from Britain which suggested that one in four girls at 14 reports being depressed.[1] Whatever we are doing in how we structure society, too many people are paying a terrible price so that some can benefit. And that is where the theme of WMOF 2018 – The Gospel of the Family, Joy for the World – is not just a statement of a theological insight but also a place where Gospel wisdom coincides with the deepest human needs.

Firstly, St Teresa of Calcutta reminded us that, in a world which emphasises hoarding possessions, Loneliness and the feeling of being unwanted is the most terrible poverty. The relativist approach to life says that ultimately everything has no real meaning and that I have to decide what is right and wrong, good and bad. However into the terrible scene of our Gospel passage (John 19:25-27), Jesus does not speak despair but a message of belonging and care into the lives of the heartbroken Mary and John. The Gospel message speaks of a God who is faithful to us and who tells us that, with real relationships, we can face anything. Ultimately relativism does not liberate people. It cuts them off from becoming the very thing that we are called to be – maturing, forgiven people who make mistakes but who are always given a chance to start again with their relationships with themselves, others and God.

Faith does not cast me adrift into choppy seas of a life with no plot or meaning. The Gospel of the Family calls us to greatness and heroism because our lives are precious and full of potential, no matter how scarred we may have been by the actions of ourselves or of others. It is not lack of freedom but an inhuman caricature of freedom that has led to emotional poverty in the midst of great wealth. The repentance to which Jesus calls us is not a demand that we feel guilty but an invitation to break free from the stifling limited horizons that a throw-away culture offers. God has given us his law of love because he loves us and knows how we best thrive. The World Meeting of Families is a great opportunity for us in Ireland to celebrate relationships, faithfulness and heroism as the path to the true human greatness to which God calls us and which we see in the loves of Mary and the saints.

Secondly, marriage is much discussed in modern Ireland and last year's referendum was centred on the right of all citizens to call their relationship marriage in the eyes of the law. But a question that I did not hear asked was why the state is in the slightest bit interested in sanctioning anybody's private relationships. I suggest that the state has always been concerned about marriage because of the enormously important role it plays in both social stability and the formation of children. Marriage has been legally recognised because it is a crucial private and public arrangement.When the vital role of marriage is downplayed society and especially children lose.

But our increasingly disorientated modern society seems unsure about what value it places on marriage. On the one hand, what is called 'marriage equality' seems to see it as a title that no-one should be stopped form claiming for themselves. On the other hand, the term marriage for many no longer has a clear agreed content. It can be temporary, depending on the emotional wishes of the parties. Pope Francis wrote that 'marriage now tends to be viewed as a form of mere emotional satisfaction that can be constructed in any way or modified at will.' (Ev Gaudium 66) When thechallenging ideal of marriage is watered down in the service of adult comfort, it is not surprising that children – both born and unborn – are seen as of lesser importance that the adults' wishes.

Furthermore, in the past the marriage ceremony marked the hugely significant transition of two people from being single to becoming a couple. Our modern culture tends to suggest that promiscuity is just part of growing up and that the use of pornography is fine. In that situation, for many the marriage ceremony marks not a key transition point in people's lives but rather the time when they have been living together and gathered enough money for a great party. Indeed, much evidence suggests that, for some, the marriage ceremony marks a crisis time for some cohabiting couples. The scriptures tell us that when intimacy comes before relationship, the meaning of both is downplayed. When self-control and generous love are portrayed as limiting to human freedom, when how I feel becomes the measure of all, it is not surprising, then we do not hear the Gospel of the Family that is good news for the world. St Paul in our second reading (Galatians 4:4-7) tells us that we are not slaves to our drives but children of God, able to call God 'Abba, Father.' Our emotionally unhygienic culture tells us a different and destructive story.

Thirdly, we often complain about how young people do not know the basics of the faith. But I would suggest that many church-going adults really only know what Pope Francis called 'a disjointed transmission of a multitude of doctrine to be insistently imposed' (Ev G 35). As a church community, we have widely failed to help adults develop a deep personal faith that touches the head, the heart and the hands. Young people will not be inspired by a version of faith where 'we speak more about law than about grace, more about the Church than about Christ, more about the Pope than about God's word. (EvG37). The Gospel of the Family is a call to know the God who is Father, to know Jesus who calls us his brothers and sisters and to know the Holy Spirit who dwells in our heart – and to live that out in action. Many young people have rejected faith because they see it as preoccupied with commands, without knowing the big picture of God's dream for each of us, whether we come to him as a Prodigal Son or a woman caught in adultery, as a Good Thief or as an apostle who denied him, as a pagan woman or as a widow who was going to bury her only son.

For all of us, the Sacrament of Reconciliation is a key to spiritual and emotional hygiene, wherever or whatever we have been. It helps us find peace with the past and to dream again for the future. It is the place, not to be staggered by our guilt but to be overwhelmed by God's faithful love. Teach young people the big picture and they will be inspired by the message of Jesus. If we teach them only laws, Jesus will reject us as he despaired at the legalism of the Pharisees.

Mary is a model of the disciple and a model of the Church. She invites us to be faithful in the family of God 'where everyone is a first-born child' (Heb 12:23). She invites us to walk in faith, trusting in 'the loving kindness of the heart of our God' (Luke 1:77-78). She is the beginning and image of (the) Church's coming to perfection and a sign of sure hope and comfort for (God's) pilgrim people. (Preface for the Assumption). The mother of Nazareth wants us to know The Gospel of the Family, Joy for the World. In it we find the divinely ordained place of emotional and spiritual hygiene to enable the Church can appear before the Lord, without stain or wrinkle or any other blemish, but holy and blameless. (Eph 5:27) On that journey of discipleship, where we promote committed relationships, the sanctity of marriage and a rounded handing on of faith to our young people, Jesus says to all of us 'Behold your mother.'