The important people, the influential people in the world at any given time seem to be the people who have the power. It can be political power. It can be social power, but it has to be power. The influential and important people have power. In some sense they have power over us. We don't like admitting this but it is true, some because they are elected, some because of the law, some because of their ability to convince us. They have power over us. This seems to be the way the world works. The powerful dictate and for the most part that's it! We just get on with it. We fall into line and if we don't agree with something often we just say – well that's the way of the world today. In some ways we give in to the ways of the world and just accept them.It is a kind of a defeat or a submission.

Something very interesting happened consistently over the last week. Last Saturday night Fr Patrick spoke about the fastest way to heaven is to take somebody by the hand and lead them there. Ultimately, it is always God who takes us by the hand. I had a sense that we were being taken by the hand through this Novena. There is that wonderful and natural instinct of a parent to put out their hand and hold their toddlers hand when it gets dangerous – like crossing the road. The child's hand is held to give confidence, safety and protection. It is a way of caring. It's love. So we were taken by the hand during this Novena. Where were we brought? This is what is most interesting. Where were we brought?

Then one Monday evening Jessica Wade took us by the hand and spoke so powerfully and simply about her harrowing life and that moment that changed everything. That moment was when a woman appeared beside her in the Church in Ballyfermot and touched her arm and told her to light a candle for herself. Then Jessica saw the Stations of the Cross and the crucified Jesus and her life was transformed. Light a candle for yourself.

On Tuesday Keith Fahey, he took us by the hand and he spoke to us about his life and it was harrowing too. It was a life of excess, of luxury, of addiction and emptiness. Keith was asked the question in a moment of deep need and distress when he was in therapy – do you believe in God. That question changed his life as he realised that he did believe in God and he entered into a journey that is ongoing – a journey of discovery – discovering God and God's love. Do you believe in God?

On Wednesday Fr Stephen Quinn took us by the hand. He spoke to us about Thérèse and the fierce suffering and anguish that she had in the last eighteen months of her life. He had that most powerful image that Thérèse had, that she was a ball in the hand of the child Jesus. She said:

"I was a cheap little ball which he could fling on the ground, or kick or pierce, or leave neglected in a corner, or even press to His Heart if it gave Him pleasure".

In the eyes of the world it is not a great aspiration to simply be a ball in the hands of a child. I was a cheap little ball.

Then on Thursday night, it was Archdeacon Robert who took us by the hand. He spoke about the little boy throwing the star fish into the sea one by one to save them from the sun. When he was challenged about the futility of what he was doing and that it would make no real difference, you remember, the little boy said after throwing another fish into the sea, it made a difference to that one. It made a difference to that one.

Then finally on Friday night, Marguerite Hamilton took us by the hand. She spoke about another little boy. That was the little boy in the story of the loaves and the fishes. He had five loaves and two fish in a crowd of five thousand men, not to mention women and children. His little offering was nothing. It appeared to be totally insignificant, but it was all that he had and he gave it all away to Jesus. We know that happened, thousands were fed and baskets were left over. This little boy had only five loaves and two fish.

You see what has been consistent throughout the nine days is that we haven't looked at worldly power and importance and influence. We have been brought by the hand to the smallest and littlest things and people. The smallest person of all is Thérèse – a little ball in the hand of God – a little nun who died at the age of twenty four. We were told how the words 'light a candle for yourself' saved a life. We were told that a simple question about belief in God redeemed a person and freed them from addiction. We were told how real difference can be made in people's lives – one at a time. We were told if you have very little to give, but if you give it all, God blesses it and creates an abundance. You see that little boy who gave his loaves and fish to Jesus is still being talked about two thousand years later. Most of the important and influential and powerful people at the time are forgotten.

Remember that nothing is small in the eyes of God. Do all that you do with love.

This is what we have been told all week. The world tells us that it has to be big to be important. God tells us that there is nothing small in his eyes. So as we come to the end of this Novena, this sacred time, this sacred pilgrimage of prayer through these days, what is the gentle voice of the Good Shepherd telling us?

In the Gospel, Jesus tells us to love as he loved us, and that is what it is all about. God holds our hand with love. The woman touched Jessica's arm with love. Keith was asked do you believe in God with love. We make a positive difference in every person's life when we love. Jesus blesses our little offering with love and makes it abundant. You see power dies. Influence wanes. Importance becomes irrelevant. Strangely power restricts. Influence is limited and importance is transient. Love lasts. Love lasts forever. Love removes all barriers and impossibilities because God is love. We can see this in Thérèse. She said my vocation is love. In the heart of the Church I will be love. She said I will spend my heaven doing good on earth. Nothing is going to restrict her – not even death. This little nun in a small monastery in an ordinary town in France knew that she had a vocation to be love in the whole Church. Even after death she was going to spend her heaven doing good in the whole of the earth even in Derry in 2022. How big is the vision and the love of Thérèse. She would never accept a smaller Church or work towards it, and neither should we. Anybody who accepts that the Church should become smaller doesn't see the Church as the unwieldy Body of Christ, but some other body that they can control and perhaps manage.

Defeat cannot be an option. We cannot give into the world. We cannot wait. There is an urgency. The time is now. Those with power and influence and importance will pass away, but the little boy is remembered. Thérèse is remembered. We can be remembered too. We will be remembered if we truly believe that it is our smallness and our weakness that is our strength. We have to believe that we can change the story of the Church today – each one of us – we can change the story of getting smaller to growing and growing and growing. And how do we do it? Tell the story of your faith. Tell the story of God alive in your life. Tell the story of your soul. When you do have no doubt that the power of God the Father, the importance and centrality of Jesus his Son and the influence of the Holy Spirit will be experienced not only in this generation but in generations that we will never know or never meet.

Remember that nothing is small in the eyes of God. Do all that you do with love and together let us rebuild the Church and create a new world now, today, here now in our time.

St Eugene's Cathedral, Derry held the Little Way Novena in honour of St Thérèse of Lisieux from Saturday, 14th to Sunday, 15th May 2022. 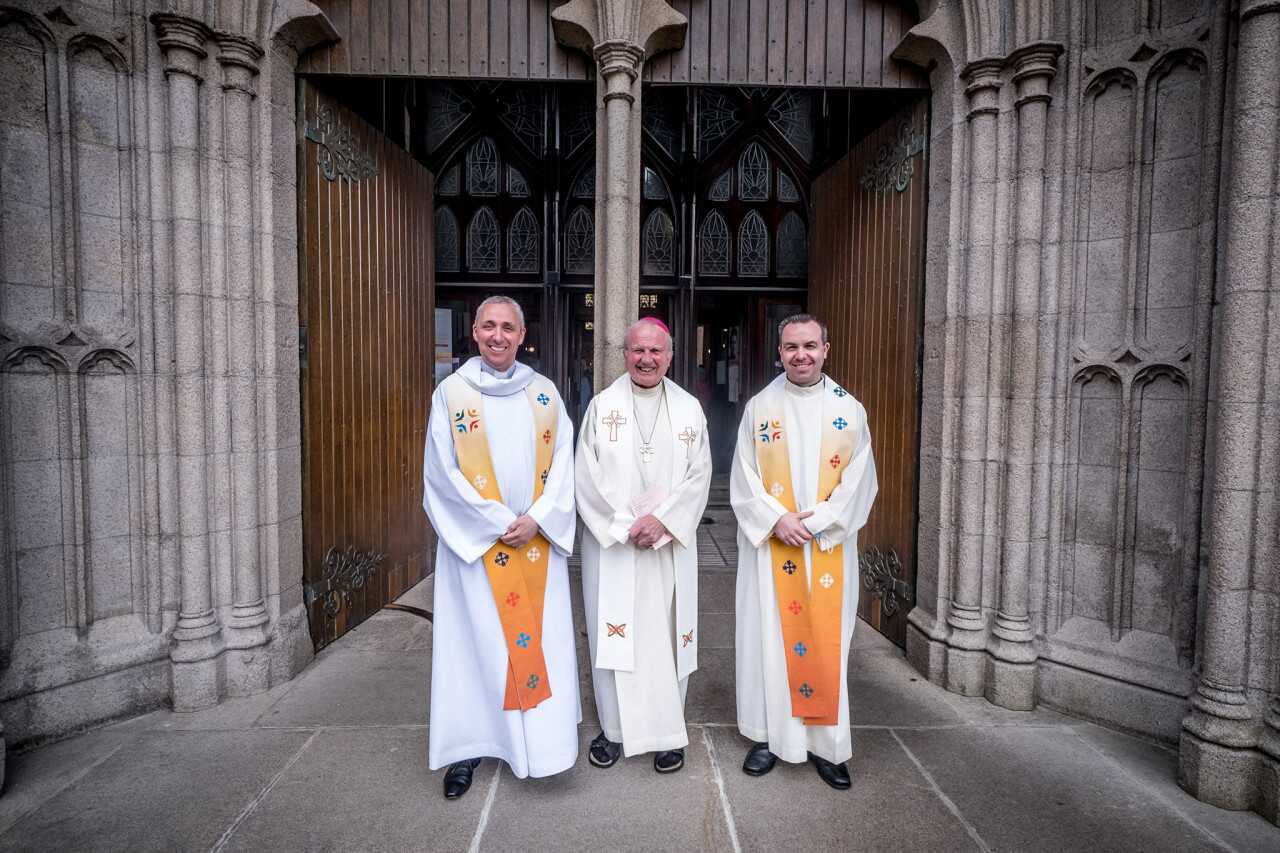