Last Sunday's gospel concluded with Jesus telling Peter to "come follow me." Today's passage from St John's Gospel takes up the same theme. Jesus calls people to follow him – and now he wants to show how he will be both a Good Shepherd to his followers and a model of leadership for those who will be called to feed his lambs and his sheep. As Michael McCaul offers himself for ordained ministry in Christ's church, what might we learn from our scriptural readings?

Firstly, last week, Jesus asked Peter three times whether he loved the Lord whom he had betrayed on Holy Thursday night. The Good Shepherd knows and loves the sheep for whom he cares. No one can pretend to be a shepherd in Christ's service unless they love those entrusted to their ministry as well as those won the outside. Pope Francis has modelled a particular way of shepherding God's people. He writes that the shepherd sometimes goes ahead of the sheep to scout out the way. Sometimes the shepherd walks in the middle of the flock along with them. And sometimes he walks at the back of the flock, letting others lead and looking out for the lost stragglers - for they too deserve his love and care. (Evangelii Gaudium 31). Jesus says today that no one will steal his sheep away from him. A priest or deacon who is too concerned with looking after himself is unable to give his life for his sheep. Michael, you are called to be a servant who is concerned about Christ's little ones, not concerned with yourself. As the second reading tells us, you are to be dedicated to leading Christ's people to springs of living water. You have to know where to find those restful waters by which you can slake the thirst of those who feel lost. Today you are asked to surrender yourself to the service of Jesus as an ordained minister. You no longer belong to yourself. Today you commit yourself to Christ and to his people, particularly to the neediest.

Secondly, your ordination as a deacon and your hopes of being ordained as a priest will be a sign of great encouragement to this diocese. But you are not taking up ministry in order to bolster a model of being Church that prevailed in different times. That form of Church life existed in the context of a widespread acceptance of faith and of church structures. We know from local political agendas as well as from the wider world that the main job of church is to evangelise those who do not know Christ. The dominant consumerist and individualist model of society makes no space for the transcendent or for self-sacrifice. The synodal process in the Irish and universal church is not merely about changing structures or teachings in order to make the church more popular. Young people will be inspired by a call to idealism and generosity, not by an invitation to make it up as you go along. The synodal process asks only one question – how do we better try to make Jesus known and loved in our time and place? This an opportunity to discern what God is saying to all of us through all of us. We can make all the changes we want. But unless we become much more mission-focused, we are just fiddling with structures rather than having a conversion to mission and away from mere structural maintenance. Michael, be prepared to journey with God's people as we discern the promptings of the Holy Spirit. Be ready to discern your way forward, not on the basis of your own wishes but as a member of God's people whose needs always come first. That is another mark of the Good Shepherd who knows that the sheep are not stupid.

...may you excel in every virtue: in love that is sincere, in concern for the sick and the poor, in unassuming authority, in self-discipline, and in holiness of life.

Thirdly, in our first reading Paul and Barnabas had begun their ministry by speaking to the local Jewish community. But they reject his message, and they now turn to the Gentiles. That was not an easy decision for them. They were moving away from an audience whom they know and who would support them in their mission if they said the right things. Paul was prepared to take on the uncertainty of preaching in alien territory with insecurity that this would bring. You are setting out in obedience to what Pope Francis calls the unruly freedom of the word of God (Cf EG22). That means leaving behind a trust in structures and income. A church in a missionary mode does not have the security of trusting in self. Good shepherds walk with trust in God's providence and in the generosity of people. It means entrusting yourself to the mission of the Good Shepherd and letting him look after you. You are an apostle of Christ, not an ecclesiastical civil servant. Those who seek security in what they have damage their ability to bear witness to the Good Shepherd who gave everything for his little ones and asks us to rely on his generosity alone. Trust in the Lord and in his people, for – as the same St Paul says - nothing can separate us from the love of Gd made visible in Christ Jesus (Rom 8:39).

Michael, you have had a long journey to this point. None of that time was wasted as, for those who trust the Good Shepherd, every experience – even the difficult ones – are sources of grace and stages in discipleship. In the words of today's ceremony, as you move forward, may you excel in every virtue: in love that is sincere, in concern for the sick and the poor, in unassuming authority, in self-discipline, and in holiness of life. Entrust yourself to the Good Shepherd who will guide you if you are open to discernment through the Church and within God's people. There is a desperate need for those will model their self-giving on Christ, seeking only his glory and the sanctification of people. In a world that is frightened and lonely, often seeking solace in damaging addictions and spiritual junk food, offer them the Word of Life who is Jesus. Nourish yourself at the table of the Lord where you will serve. Model the generosity of the Lord of whom you become a minister. The years ahead will be challenging – but your best witness to Jesus is your dedication in the face of difficult situations. Your fruitfulness lies in your faithfulness to Christ and his mission. Even though you walk in the valley of darkness, no evil will you fear. Let him lead you to green pastures as you walk with God's people. 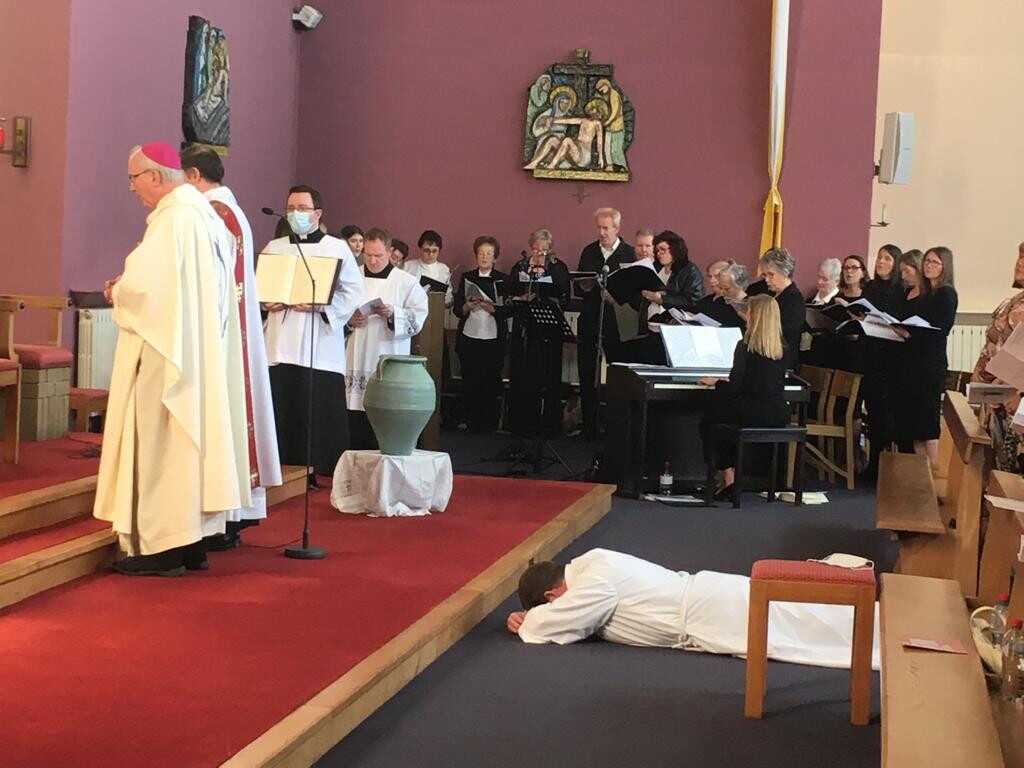 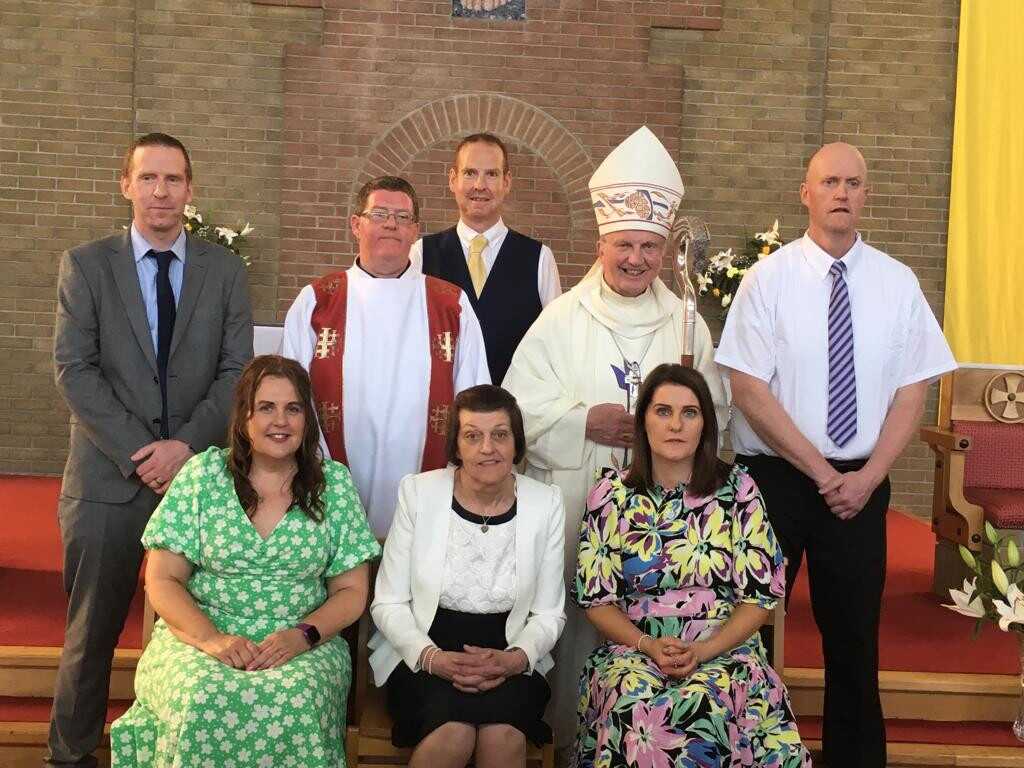