Today we remember a figure from history who has had many faces. Nowadays his representations move between a pious figure dressed in full liturgical gear for Mass walking around on as boggy hillside, via a silly looking saint with a sprig of shamrock, to a buffoon with flowing ginger hair. The image that we choose says more about who we are today than it does about who Patrick son of Calpurnius was and did then. What might we learn from Patrick in 2021?

Firstly, Patrick was a person whose greatness was chiselled by hardship. Heroes do not have life easy. Generosity of spirit shines out in those who have been through the white heat of pain and loss. We know that from the amazing people in our community. Human greatness has not come easily to them. A culture that prioritises the easy life and promotes everything that avoids pain – whatever the cost to somebody else – is destined to fail our hopes of greatness. From what we know, Patrick was deprived of the freedom that many young people expect to enjoy. His plans and dreams were wrecked. Being taken as a slave was an awful experience. I am sure that he cried and wondered why his life could be so terrible. And yet, he would look back and see his days and night on Slemish as a painful blessing. Like the animals he cared for, his life was penned in. But that drove him deep into his heart and to the amazing resources that we all have if we are pushed below the surface. And in that desolation, he found the God who loved him and had never abandoned him.

Life has been very difficult for so many people in our community. Plans have been disrupted. What many thought of entitlements are now being seen as gifts and bonuses. But Patrick would tell us that every painful experience can be loaded with blessings, if only we are prepared to hang in there. He would remind us that it would be a sin to miss the potential blessings hidden in the middle of the undoubted lockdown losses. Indeed, Patrick would look back and later write 'I am very much in debt to God'. 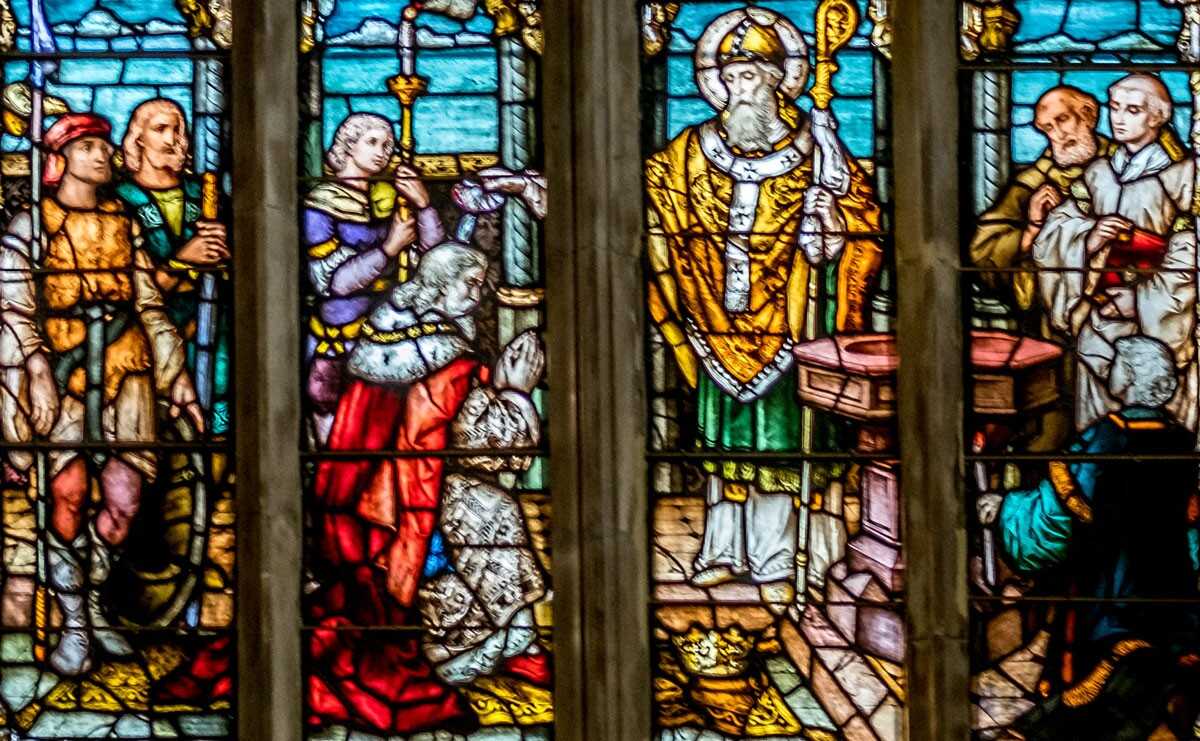 Secondly, like the prophet Jeremiah, Patrick discovered that he did not to have to make sense of the world himself. There was a God who had called him by name to be part of a much bigger plan. The one who called Patrick saw his life as having meaning even before he was born. When he had that conviction, he could face anything. Not only did he have to deal with slavery in Ireland, but he was thought of as mad by his family when he wanted to return to Ireland. Even when he returned, he faced opposition from the powerful in Ireland and from others who were jealous of his work. But it all made sense for him because, as he wrote, 'I offer the living sacrifice of my life to Christ'. That gave him the motivation for living generously.

Faith in God is not an escape from the harsh realities of life. Faith gives a context and a reassurance so that we can face the harsh realities and not be crushed by them. That is why Jesus says in the Gospel that we should go out and make disciples of all nations. Knowing Jesus is not a burden but the key that unlocks resources which give meaning and strength to life. Faith helped so many people to come thorough awful centuries and decades in this country. The history of the faith on this island is not merely a drab narrative of a people who were oppressed by a heartless church. Of course, there was much wrong that we have to acknowledge. But we do injustice to our forefathers if we do not recognise that faith in Christ gives that deep conviction that every human life is precious. On this St Patrick's Day, we can make our own, the words directed to Jeremiah - 'Before I formed you in the womb, I knew you. Before you came to birth I consecrated you.' When, like Patrick, you choose the road less travelled, that makes all the difference.

Thirdly, we face many challenging questions on this island. What sort of society do we want? Have we anything to offer our young people that will inspire heroism and generosity? What role models do we put before a younger generation as images of human greatness? If our leaders cannot articulate those ideals for us, it will make no difference to most people whether we live in a United Europe, a United Kingdom or a United Ireland. Changing borders or changing political parties will make little difference, unless we have ideals to inspire individuals and communities rather than just tired slogans. Great leaders from the past have taught us to promote great people and not merely grandiose policy promises. St Patrick would challenge people of faith in modern Ireland to model graced human greatness in all that we do - and to call out those who fail to deliver on their promises. As in Patrick's time, Church will be strongest in Jesus' service when it is not connected with power.

As we dream of coming out of this unforgettable year of lockdown and restrictions St Patrick's Day 2021 asks us the same serious questions that our national patron faced. How do you deal with apparent crises? What spiritual resources have you nourished yourself on to support you in making sense of the ups and downs of life? How do you play a part in building a compassionate and merciful society on this island? Patrick discovered that the only thing that could answer those questions was faith in Christ within his Church.