On this second Sunday of Advent, we find ourselves face to face with the strange character that is John the Baptist. According to the Gospels, he was the only child of a Temple priest who lived a strange life outside the religious establishment, but still convinced that he was preparing the way for the Messiah. The core themes of our synodal journey are communion, participation and mission. What might this figure tell us about who we are as Church in community?

Firstly, John goes into the wilderness to gather a community, based on a call to repentance. The followers of Jesus in every generation are those who have heard the call to believe that the Kingdom of Heaven is close at hand – and to prepare accordingly. The Church is not the righteous who have barricaded themselves behind the walls of the Temple but people who are prepared to take the risk of going into the desert, trusting not in their own strength but on the God who will do amazing things in strange places. Followers of Jesus have to build communities of risk-takers in the service of God. John the Baptist does not attach himself to the Temple nor to the nationalist Zealots nor to any other bandwagon. He does not market himself or his wisdom but keeps pointing to someone beyond himself. The synodal pathway in the Irish and worldwide Church is an invitation to build communities who will make a journey of conversion together. Thus, those who do not point directly to Christ are not calling us to God-centred renewal. Those who market their brilliant ideas but fail to put Christ at the centre miss the point of discipleship and conversion. Advent tells us that any self-emptying search for Christ's voice will need conversion for all those who participate. Those who think in advance that they have the answers have perhaps never even been asking the right questions. John the Baptist emptied himself to bear witness to the unimaginable Jesus. Synodal conversations in parishes have to begin with the conviction that God will lead us down paths where we discover that we are not in charge. Synodality means an openness to being emptied of being full of ourselves. It is a method of Spirit-led community discernment, not of divisive church politics.

Secondly, St Luke's Gospel situates John the Baptist is a very specific historical context when a range of named rulers were in power. A conversion pathway takes place in our concrete historical circumstances. The issues that arise in local parish communities have to begin with the concrete realities of modern Ireland, post-conflict Northern Ireland, poverty and disadvantage. There will be pressure to parachute in ideological topics as if they could come from outside, like new messiahs. But a parish is a local community of real people. Thus, the parish journey is based on that local community, not merely on individual agendas. We also have to recognise the temptation to have a transactional form of faith that promises God something if he delivers according to my agenda. Part of our conversion has to move us away from any form of consumerist approach to the availability of church services that suit me. There is no synodal way forward without the rediscovery of a community journey of conversion to a more Christ-centred, outgoing way of being parish. There is no synodal way forward if we begin with assumptions that the problem is somebody else. If we start off pitting clergy against laity, then there is no community. If we highlight good insiders and bad outsiders, there is no search for community, and more a desire for victory. If we start with the assumption that this will be a battle of the good us against the bad others, we risk prioritising our partisan issues rather than God's mysterious way forward.

Thirdly, John the Baptist in the wilderness tells us that we need to hear God in the voices from the fringes. If Jesus came to bring the Good News to the poor, those on the inside need to hear, not how we can feel generous but how we can help. Charity risks being based on the needs of the donors rather on the dignity of the recipients. I won't know where addicts or young people want to hear Good News in their life if I do not ask them – and be open to hear their uncomfortable answers. Synodal conversations will involve listening to voices on the fringe, which are often marked by anger and pain. Shallow, self-protective questions and superficial ideological answers do not build communities of trust and conversion – and they do not point to where Jesus is. John and Jesus were concerned with making room for the sick, lepers, foreigners, political activists of his time, not to affirm their positions but to heal hurt hearts by building bridges and recognition. There is so much hurt that has to be listened to, not as a form of therapy but to hear where God is calling us through the painful and embarrassing truths that scar the lives of everybody.

The secular celebration of the Advent season drowns out the uncomfortable voices of those on the fringes. Christians are asked to be little communities of audacious dreamers who are on a deep journey of conversion that deals with real issues and who will not be enslaved by the demands of turbo-charged capitalism. However, in church we cannot proudly sit in condemnation of others and ask them to be converted unless we are permanently on that journey through the desert. John the Baptist was prepared to give everything to prepare the way for another. Thus, any real synodal community will move beyond any individualist approach to faith and thus build generous relationships. It will mean responding to the needs of this time and place with the timeless message of Christ – and not merely arguing over politics-led agendas. And it will entail hearing where the voice of the Spirit is speaking, especially in the little ones. Our synodal journey will involve a commitment to being led as a member of a community that is prepared to walk together in prayer with an open heart. This will be an uncomfortable journey. But it is the only one worth making. St John the Baptist, give us courage to speak truth and hope into the deserts of today. For it is there that we wait for the Lord to burst in. 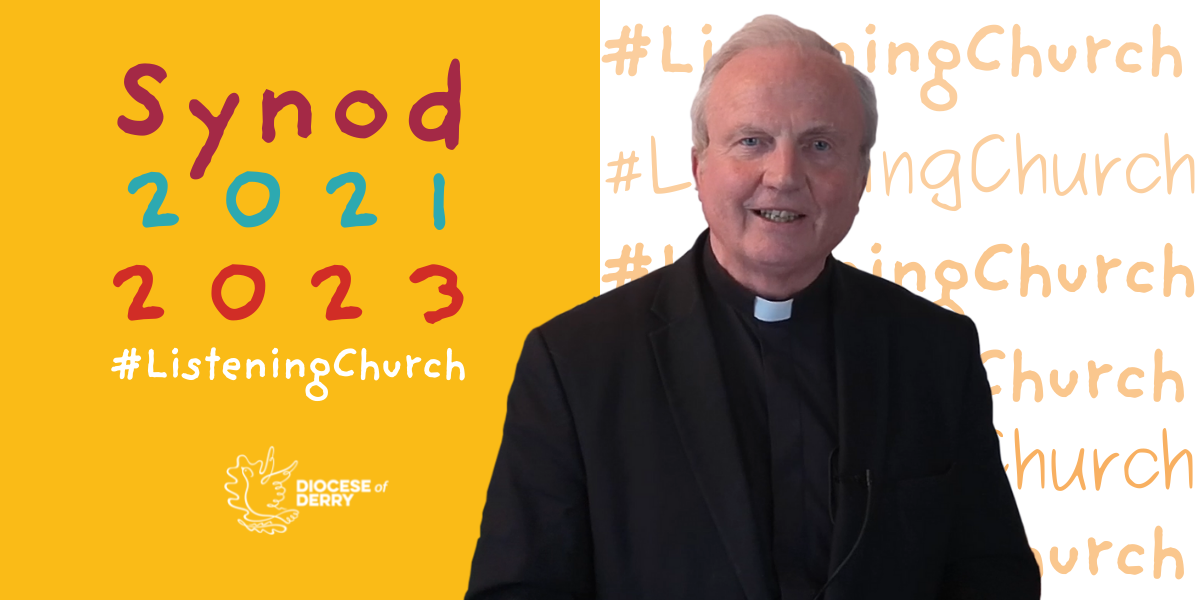 Why a synodal process and why now? Advent is a time of expectation, awaiting the Lord's revelation in our midst. This year we start our synodal journe...
https://www.derrydiocese.org/news/walking-together-in-hope 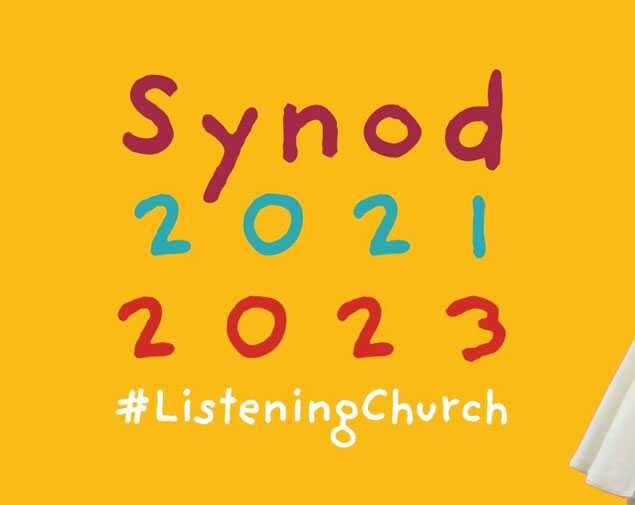 The Diocese of Derry consists of 51 parishes and includes almost all of County Derry, parts of County Tyrone and County Donegal, and a very small area across the River Bann in County Antrim. The Catholic population of the diocese is about 250,000.
https://www.derrydiocese.org/synod 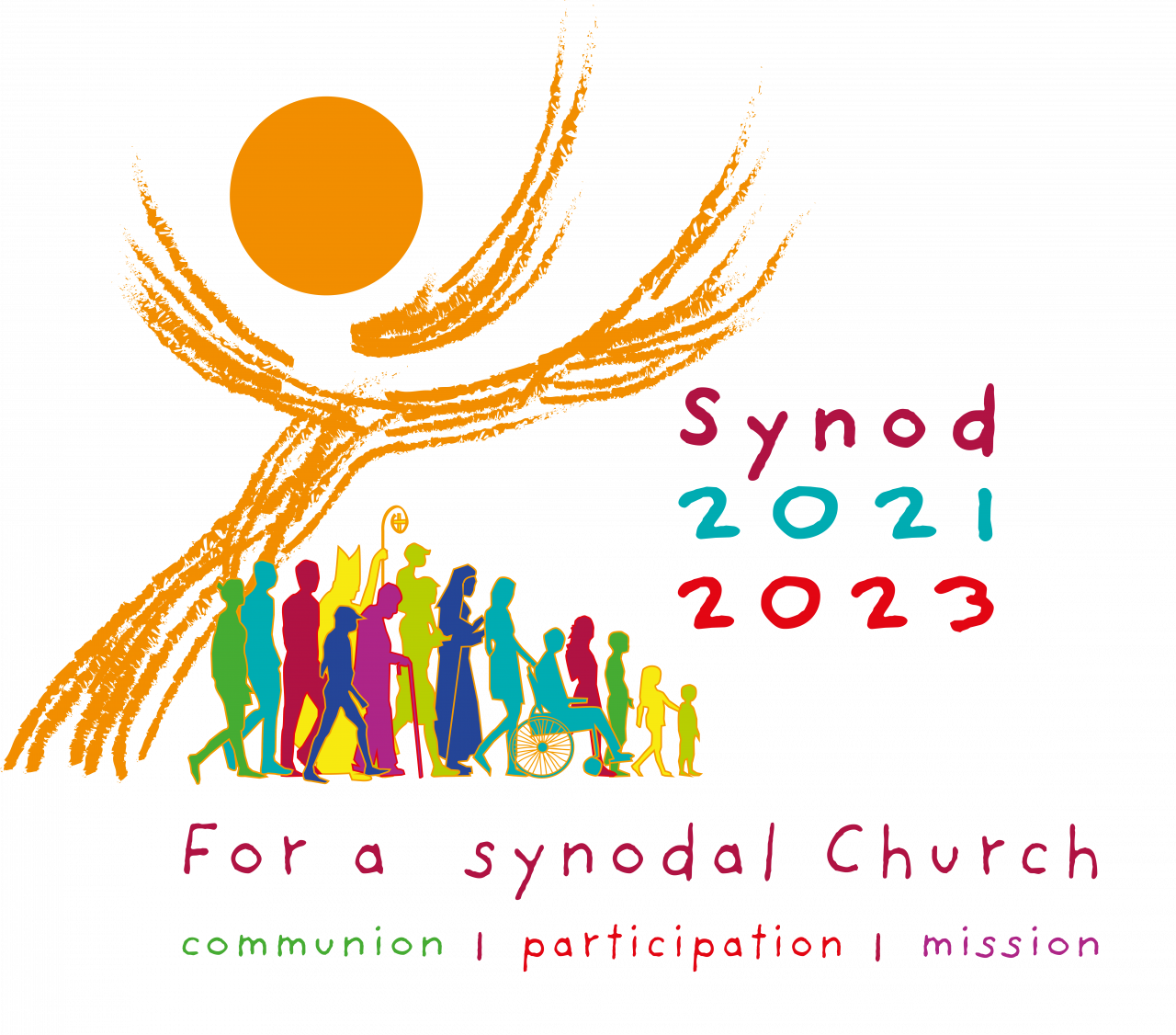 Pope Francis, on the 24 April 2021, approved a new synodal programme for the XVI Ordinary General Assembly of the Synod of Bishops - the Synod, For a...
https://www.derrydiocese.org/news/synod-of-bishops-2021-2023
Facebook Twitter
Tags:
News Homilies
The 12 Days of Christmas
Family Prayer at the Crib this Christmas
Load More