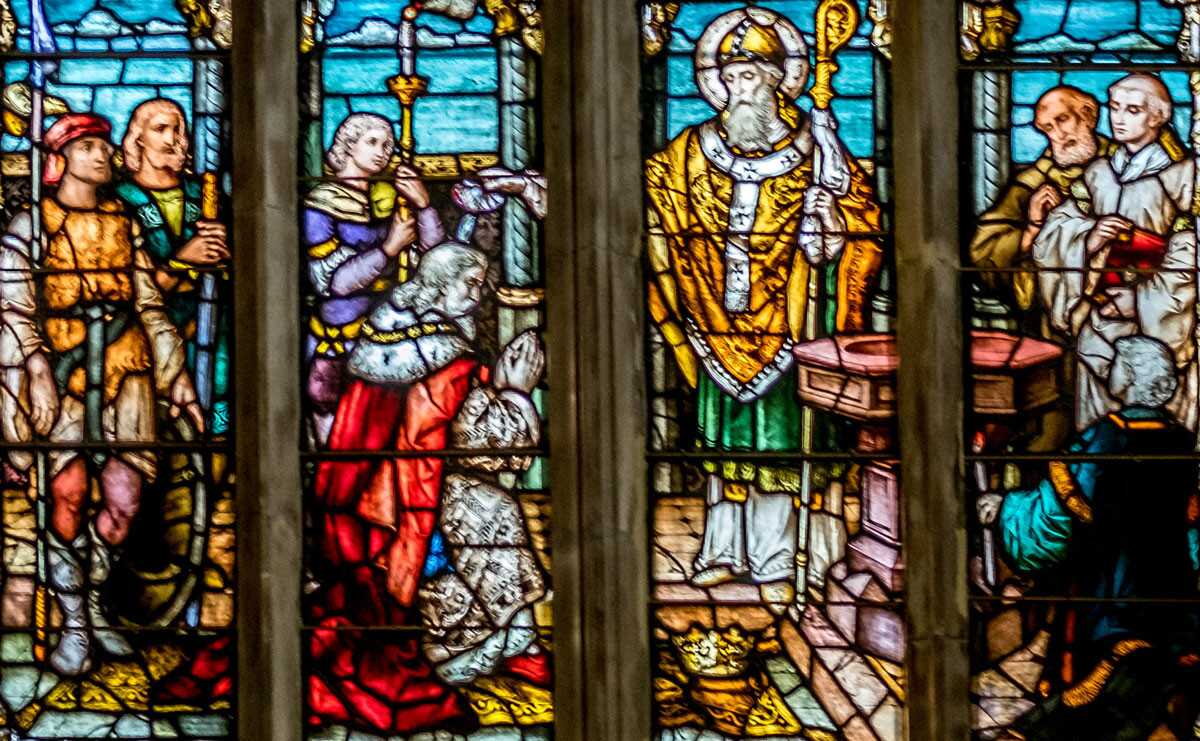 Today, people all around the world will celebrate St Patrick. For many it will be predominantly a cultural or sentimental event – and for others, after the last 2 years it will just be an excuse to party. How might we approach St Patrick's Day this year in the context of the Covid experience and the war raging in Central Europe?

Firstly, before Patrick arrived in Ireland as a slave, I presume he was a young man, full of energy and plans. Between his two arrivals in Ireland – in chains and then coming back as a missionary – he had to go through a process of conversion. I assume that he must have felt very frustrated and angry during his time in Irish captivity. And yet, despite opposition, he returned to Ireland, driven by love of the God who had allowed him to be maltreated and love of people who had made his life so hard. We see that love for Christ and for people in the famous St Patrick's Breastplate . Had he not come with love in his heart, he would merely have been as hard-hearted as the Druids whom he wanted to replace.

That tells me that what can hold us back from being good missionaries for Christ is not merely lack of enthusiasm but a shortage of love – love for Christ and love for our neighbour. Anyone can be angry and find satisfaction in condemning others. But, as Jesus showed, it is possible to love the very hard to love and to engage with the very easy to condemn. St John Henry Newman talked about heart speaking unto heart. The hurting person knows who is genuine about them – and who is so caught up in their own agendas. The most effective missionaries to the hurting often have to go through a period of painful conversion so that they enable the suffering to encounter the Christ who suffered for them. Like Jesus, Patrick spent his life for the sake of the Good News. There is no easy way to become a credible witness for Christ.

Secondly, Patrick faced many enormous challenges. But he responded to the realities of his time. The task of converting the Irish must have seemed impossible, especially for someone who was not a local and who did not have an institution to support him. On many occasions he will have wondered whether he was going to have any real effect on Ireland. We face many challenges in the Irish Church. There is the reality of a very uncertain society, where many people's dreams have been shaken by frightening economic pressures, Covid, widespread addiction and the clouds of war. Many people can feel so hurt by life that they are not prepared to risk having their hopes raised. Better to expect little and not be disappointed.

We are also living through a major change in how we as Church relate to our society. Sins from the past hang over us. Clergy and laity can seem increasingly old. And yet, that is the reality that we face. Patrick would tell us, not to moan about the problems but to get started. Self-pity was never the mark of a disciple of Christ nor of a follower of St Patrick. The Synodal Pathway is not merely a gimmick or a short-term notion. It is a Gospel way of discerning together where God is leading us in the concrete circumstances that we face. We need each other as we take on the mission that we have to preach the Gospel here and now, today. There is no value in moaning about how hard things are or blaming somebody else for where we are. These are the realities in which we are called to be a missionary people. St Patrick, the realist would tell us to get started. We can only start from where we are.

Within a short time after Patrick's ministry, something powerful began to develop on this island. Monasteries of idealistic young women and men sprang us, producing learning and great manuscripts. Waves of young missionaries headed for Britain and Europe. Many of them re-evangelised areas that had previously been Christian but which had collapsed with the demise of the Roman Empire.

Thirdly, we hear many stories about the work of Patrick. But what is really amazing about Patrick's ministry is what happened over the next decades. He died in 461 and 60 years later our own St Columba was born. Within a short time after Patrick's ministry, something powerful began to develop on this island. Monasteries of idealistic young women and men sprang us, producing learning and great manuscripts. Waves of young missionaries headed for Britain and Europe. Many of them re-evangelised areas that had previously been Christian but which had collapsed with the demise of the Roman Empire. People of faith sow seeds, without having to see the harvest. Like St Paul, they trust that one sows and another waters but that that it is God who gives the growth. (Cf 1 Cor 3:7). The task for this generation is to learn from Patrick about clearing the ground and planting good seed. We do not need the pride of seeing that our labours have borne fruit. We are a people who journey in hope, trusting that the Church needs spring-time sowers so that others can reap the rich harvest to the glory of God.

This island faces many challenges. The main ones are not starvation or foreign occupation. But the Druids of the new secular agenda have little to offer that inspires generous young hearts. 'Eat, drink and be merry - for tomorrow you die' is a sad message that has never inspired heroism or beauty. A society that does not know whether it loves life or scorns it will never help people live life to the full. For those of us who seek to follow Christ, Patrick is a model of one driven by love of Christ and of people, a missionary who deals with the realities in front of him and one who labours with supreme hope that grace will win in the long term.