Publication of the National Synthesis of the Synodal Process

The Irish Bishops' Conference has published the National Synthesis of the Synodal Process conducted across the Church in Ireland from Autumn 2021. The National Synthesis is the fruit of a wide-ranging process of listening and consultation and is based on the syntheses produced by the 26 dioceses in Ireland, as well as those submitted by religious congregations and other interested groups.

The National Synthesis will be forwarded to Rome as part of the worldwide synodal process of listening and discernment launched by Pope Francis in October 2021 and which will culminate in the General Assembly of the Synod of Bishops in Rome in 2023.

Welcoming the completion of the National Synthesis, the Irish Bishops made the following statement:

”We are pleased to publish the National Synthesis Document prepared by the Steering Committee of lay faithful, religious, priests and bishops which was appointed by our Conference to lead us along the synodal journey.

Since October 2021, tens of thousands of Catholics across Ireland have been engaging in prayerful listening and reflection on the theme chosen by Pope Francis: "For a Synodal Church: Communion, Participation, Mission." In June 2022 there was a unique and wonderful National Synodal gathering in Athlone which was followed by a moving ritual in the sixth century ancient monastic site of Clonmacnoise. In a prayerful atmosphere, we heard feedback from the hundreds of conversations that had taken place across Ireland, and from the many submissions that had been collected.

Despite the constraints of COVID-19, the process that we have been following in these past months represents a modest but significant first step in developing a synodal style of consultation about the future of the Church in Ireland and around the world.

The National Synthesis document points to many challenges for the handing on of the faith in this country, including a need for inner healing and hope, especially among those who have suffered abuse by Church personnel and in Church institutions. It acknowledges and reflects on the impact in recent decades of a major decline in the practice of the faith, and in vocations to priesthood and religious life. There are calls for greater transparency, participation in decision-making and accountability within our parish and diocesan church structures. The importance of a renewed connection with the energy and gifts of young people is emphasised. So too is the need for fresh models of responsibility and leadership which will especially recognise and facilitate the role of women, as well as men. Our listening process has identified the need to be more inclusive in outreach, reaching out to those who have left the Church behind and in some cases feel excluded, forgotten or ignored. In an era of transformation, like Peter we have heard a call to "put out into deep water" (Lk 5:4).

In publishing the National Synthesis document, the Irish Episcopal Conference invites the whole People of God in this country to study its findings carefully and prayerfully. It is important that, in all our deliberations, we journey together in communion, because as John the Evangelist underlined so much, it is the beauty of Christian communion that attracts people (1 Jn 1:1-4). It is our missionary communion that speaks most eloquently to our sisters and brothers today of the hope that comes from encounter with Christ and the joy of the Gospel. We recognise we need a great outpouring of the Holy Spirit. As Pope Francis has written, "What is under discussion at Synodal gatherings are not traditional truths of Christian doctrine. The Synod is concerned mainly with how teaching can be lived and applied in the changing contexts of our time… What characterises a Synodal path is the role of the Holy Spirit" (Let us Dream, pp. 84-85)".

The Continuing Synodal Pathway in Ireland

The Church in Ireland is committed to the ongoing Synodal Pathway which we announced in March 2021. This will entail a further phase of much deeper listening and a more widespread reaching out. Perhaps the greatest learning will emerge as we reflect on what these tentative first steps along a Synodal Pathway have taught us about who we are as the Catholic Church in Ireland, and why we are this way. It is in this deeper reflection that we will prayerfully discern what the Holy Spirit is revealing to us about the kind of pastoral conversion and new evangelisation necessary to nurture new life and growth in the Church.

We are most grateful to our the Synodal Steering Committee and Task Group and to all who participated in the Synodal Process at parish, diocesan and national levels. We commend our National Synthesis document to the next phase of the synodal journey of the universal Church as it moves towards the meeting of the Synod of Bishops in Rome in October 2023." 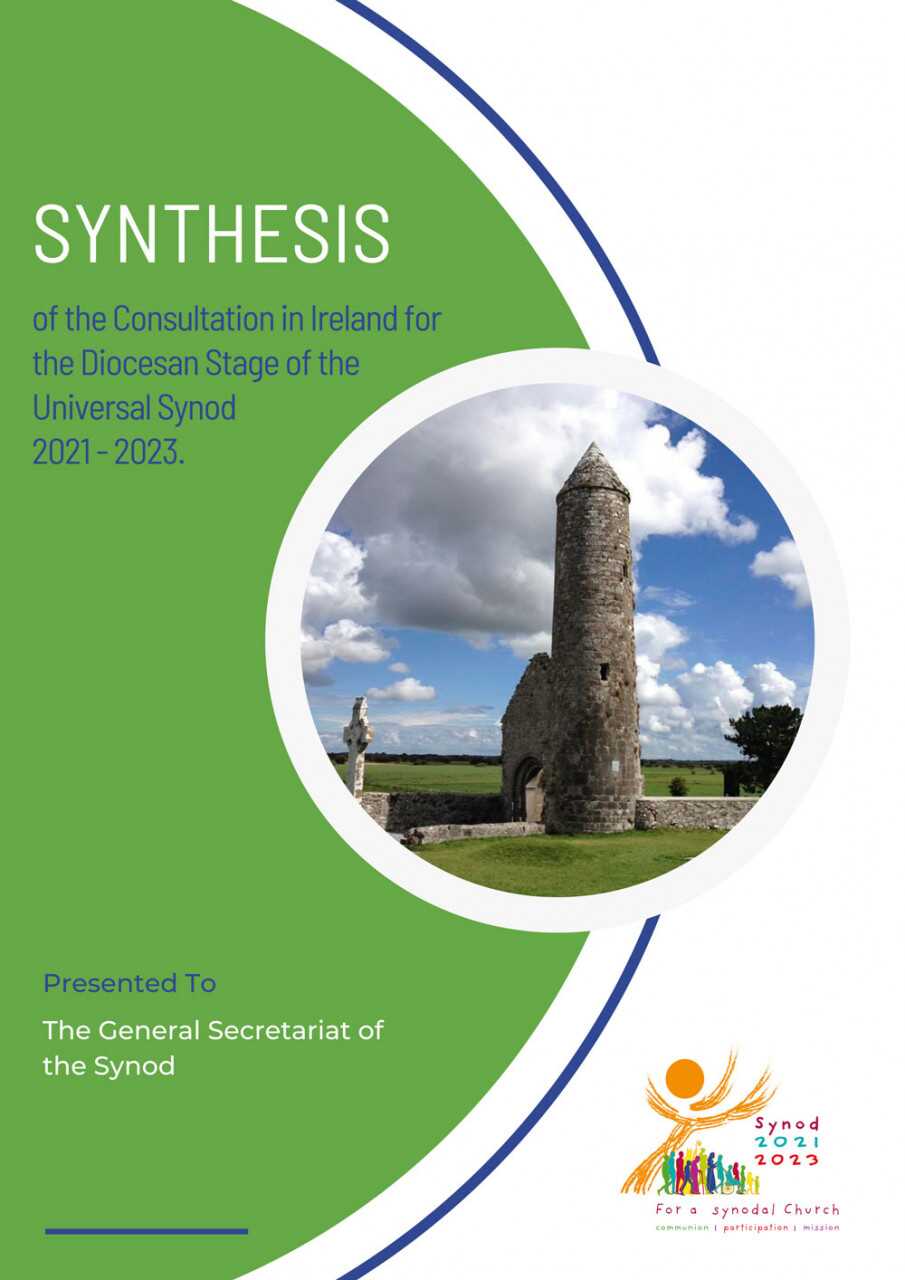 "The strong sense of shared responsibility that has guided our synodal process so far, from the local to the national level, has been a great encouragement. It is hoped that this will continue to to motivate us to develop our skills of deep listening and discernment, as we reflect on the significance of our national synthesis, and the different voices of the church around the world, asking what God wants of us in light of what we have heard."

Dr Nicola Brady Chair of the Steering Committee for the Irish Synodal Pathway. 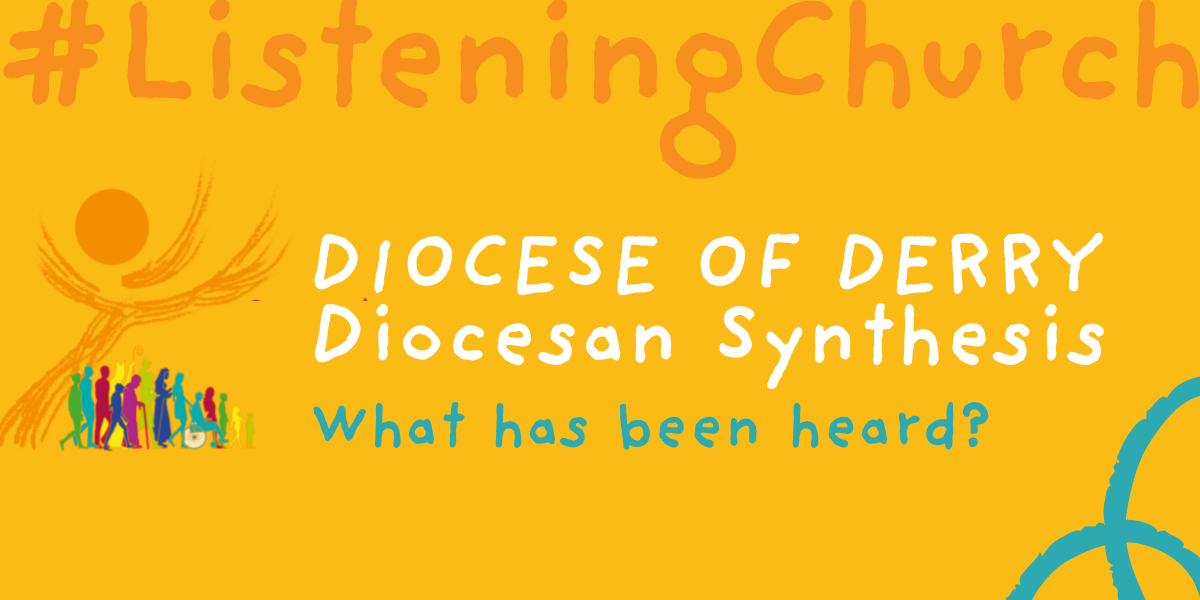 Published: Sunday, 29th May 2022
https://www.derrydiocese.org/publications/synod/diocese-of-derry-synod-2021-2023-report.pdf
Tags:
News
​Clerical Changes 2022 | Diocese of Derry
Review of Safeguarding practice in the Diocese of ...