The Season of Creation is marked throughout the Christian world from 1 September to 4 October (Feast of Saint Francis of Assisi) and celebrates the joy of creation as well as encouraging awareness-raising initiatives to protect the natural environment. 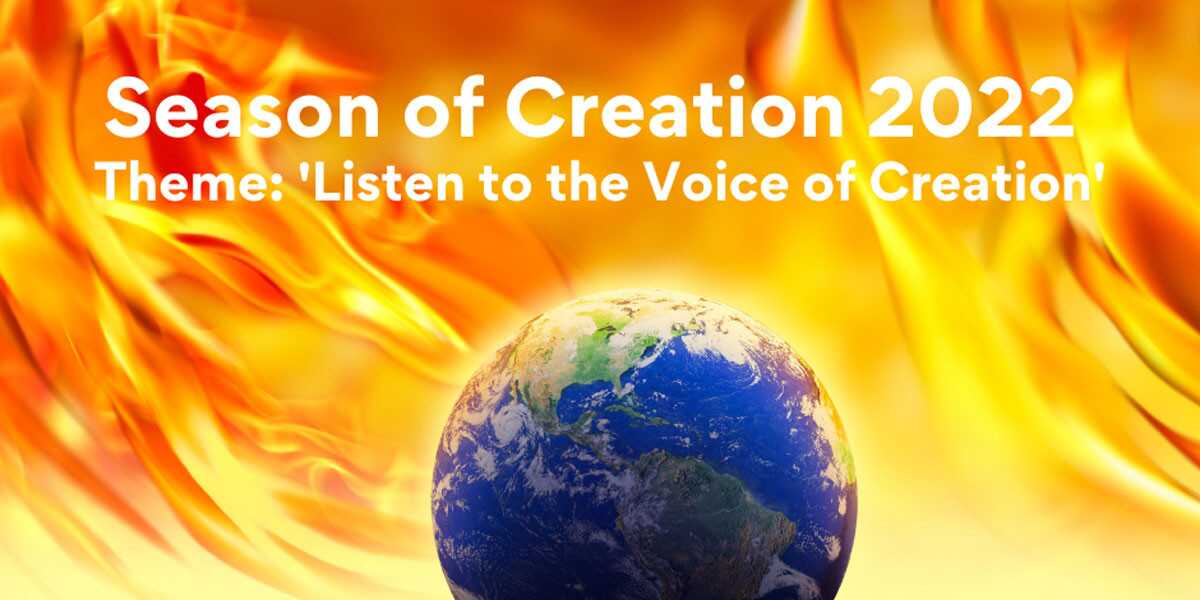 Theme: Listen to the Voice of Creation

The theme for the Season of Creation 2022 is "Listen to the Voice of Creation". "I have heard their cry…I know their sufferings…Come, now! I will send you…I will be with you" (Ex 3: 1-12). The burning bush is the Symbol for the Season of Creation 2022. Today, the prevalence of unnatural fires are a sign of the devastating effects that climate change has on the most vulnerable of our planet. Creation cries out as forests crackle, animals flee, and people are forced to migrate due to the fires of injustice. On the contrary, the fire that called to Moses as he tended the flock on Mt. Horeb did not consume or destroy the bush. This flame of the Spirit revealed God's presence. This holy fire affirmed that God heard the cries of all who suffered and promised to be with us as we followed in faith to our deliverance from injustice.

In this Season of Creation, this symbol of God's Spirit calls us to listen to the voice of creation, to the voices of those who suffer the impacts of climate change, to the voices of those who hold generational wisdom about how to live gratefully within the limits of the land. These are voices of the Earth. The global Christian family is called to awaken to the urgent need to heal our relationships with creation and with each other and to encourage our parish communities to do the same, "for we know that things can change!" (Laudato Si', 13).

Resources for use in parishes and in the home, during the Season of Creation 2022

The following resources are offered for use in dioceses, parishes and in the home, during the Season of Creation 2022. Thanks to Laudato Si, the Irish Catholic Bishops‘ Conference and Trócaire:

1: Sunday Liturgy Notes for Season of Creation 2022 - This resource includes homily notes for each Sunday, prayers of the faithful, music suggestions, reflections and mass parts which highlight the call to Listen to God's Creation.

2: A Weekday Prayer Service for the Season of Creation 2022 -This ecumenical resource could be used to celebrate the World Day of Prayer for Creation on 1 September in an ecumenical setting, or as a resource that could be used for the celebration of the Eucharist in parishes. We have prepared it for a formal church setting or for use out-of-doors.

3: Season of Creation Brochure 2022 - A colourful resource with many practical tips and reflections on how to "Listen to the Voice of Creation". From the JPIC committee in the Diocese of Kerry and the Laudato Si' Working Group. For printing purposes please use this version: SOC Brochure 2022. This brochure is also available in Irish Season of Creation Resources As Gaeilge

A half hour reflection of nature and sounds. Could be used as a reflection or to show to anyone confined to home or a care home during this season.

4. Tree Planting Resource - Engage your parish or diocese in Tree Planting initiatives this year. Thanks to 'Easy Treesie' we have all the tips you need and prayers for a tree planting service.

5. Creation Walk Stations 1-25 - adapted from the booklet by Fr. Brian Grogan SJ, Creation Walk: The Amazing Story of a Small Blue Planet. You might use this resource in your parish community by setting up stations around the church, or around your parish, to convey the different stages of the story of our Universe. This resource will provide people with an opportunity to experience the wonder and awe of God's creation and to become familiar with the story of our Universe.

6. Earth Day Prayer Service - This beautiful service was compiled by Balally Parish, Dublin to celebrate Earth Day (April 22nd) but could be adapted and used as part of any Season of Creation event. It includes a reflection by Father Dermot Lane.

7. Practical Actions 2022 - Some suggestions for practical actions this Season of Creation.

Sunday Liturgy Notes for the Season of Creation 2022 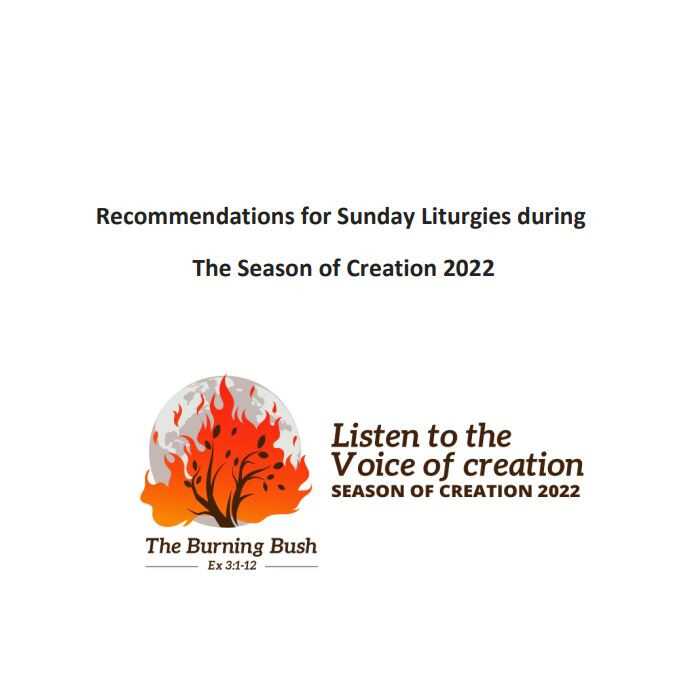 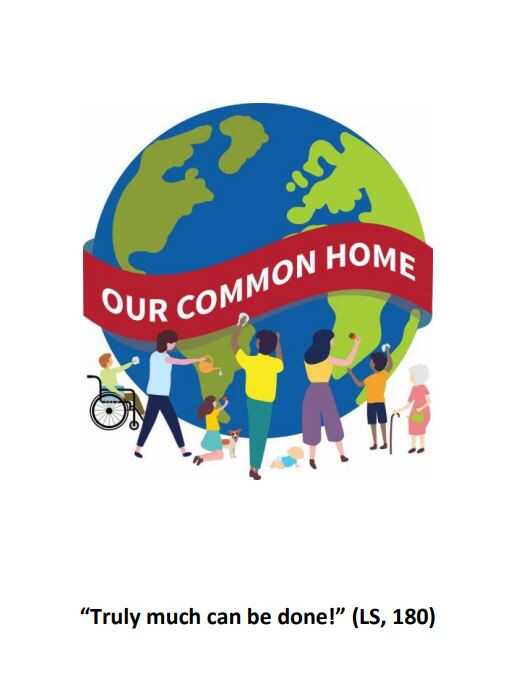 Trócaire resources for the season

What is Laudato Si?

If your parish would like to know more about how you can help to care for our common home, please contact:
Patricia McCormack, Laudato Si Derry
Tel: 077 1190 0420 / +44 77 1190 0420
Email: laudatosiderry@gmail.com
Facebook: Laudatosiderry

Be-longing: Praying for Unity amidst Injustice